It’s not a secret at all that we struggle with Liliana’s feedings, especially with her self-gagging and her inability to tolerate what seems like 3 ounces of food in her stomach. After what seemed like a short respite from these issues, it seems like they’ve all come back. She’s been whiny all day, she’s gagging at the smallest volumes, and venting her just doesn’t help.

Liliana’s been throwing up more often because she’s teething, and while it’s usually saliva, last night it was much more than that. I was giving Liliana a feeding while she was sleeping, and it was at a moderately slow rate of 90 ml or 3 ounces per hour.  At around 110 ml, she started coughing so I stopped the feeding completely. I really want her to get more calories, but not at the expense of her not sleeping because she’s gagging and throwing up throughout the night, so I decided I wasn’t going to feed her any more formula for the night.

Even though I stopped the feeding early, she still threw up the formula, and I had to change her clothes and sheets. I feel bad for Liliana because her formula tastes disgusting. A drop landed on my hand when I was getting it ready for one of her feedings yesterday morning; I licked it and it was chalky and repugnant. It’s the kind of thing that would put you off eating if you had to taste it all the time. 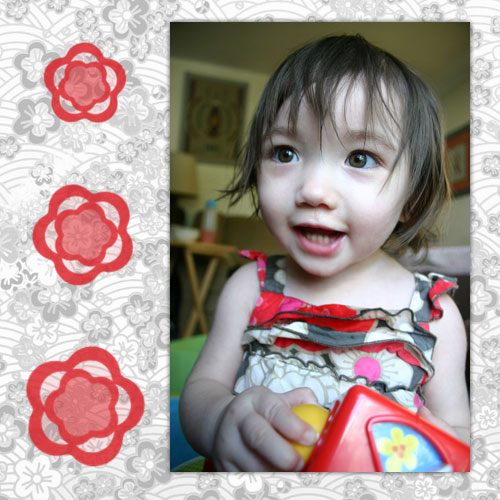 She does eat orally sometimes though, and she is exploring more with tastes and textures. Last weekend she was taking bites off of a chicken wing, and yesterday we tried Spaghetti-o’s and a mesh feeder with the occupational therapist.

Liliana was excited that the spaghetti-o’s were circles, as she kept pointing and saying, “Cirdu!”  I think Liliana’s said “circle” correctly before, but I’m not sure; she kept pronouncing it as “cirdu” yesterday.

Anyhow, she tried the spaghetti-o’s. She didn’t swallow any of the pasta circles, but instead would put one in her mouth, taste the sauce, then she’d pull the pasta out of her mouth and then put it back in. 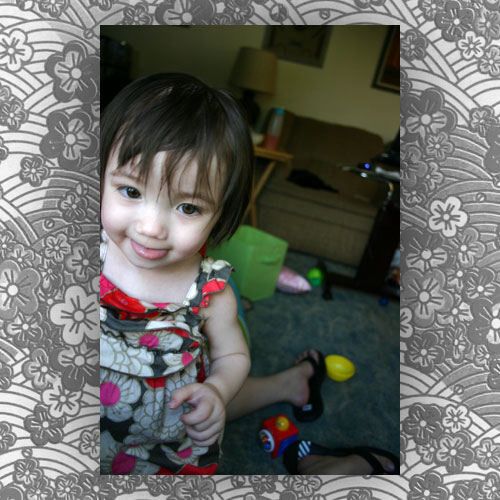 The mesh feeder is going to be an exploratory tool for Liliana right now, as we’re not going to push it on her. Nonetheless, she’s accepted it several times yesterday; I put frozen mango pieces in one time and another I put a slice of frozen peach.

I tried giving it to her this morning with fresh apple inside, but she opted to have the whole apple instead! She did take very tiny bites off the apple, and I think she was chewing them up! Her jaw was moving up and down, and sometimes I could hear the fresh crunch sounds of apple being chewed up. I didn’t see any apple pieces being spit out, so I do think she was eating them! 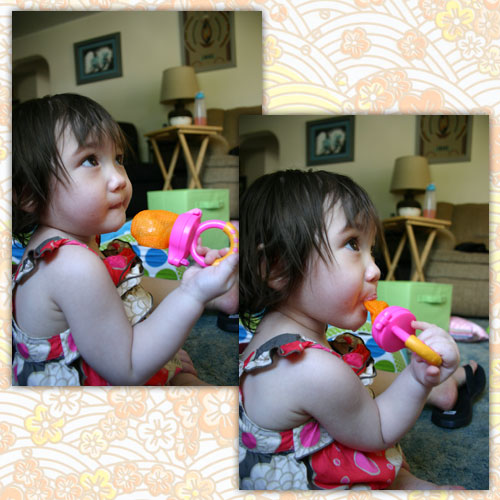 Damien has been doing very well. This morning for about 5 steps, Damien crawled on hands and knees with his stomach off the floor. I also “walked” him a little bit, and he was taking steps all by himself without me having to raise any of his arms to get him to lift his corresponding leg.

Liliana and Damien usually get along well. Yesterday Liliana was snorting air in and out of her nose audibly, and Damien laughed every time she did it. Later on, Damien was in the pack and play taking a nap and when he woke up, Liliana shared her toys with him… 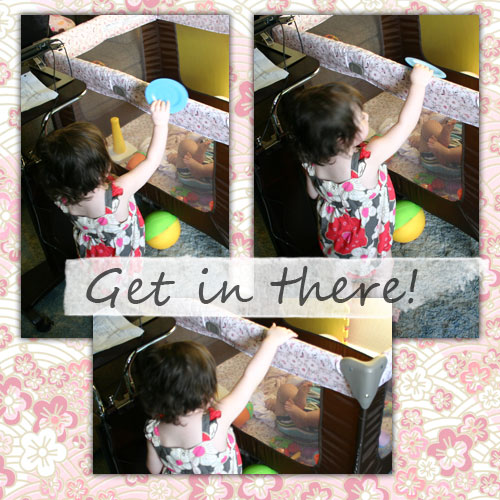 by dropping them into the pack and play! She kept doing it for a while. 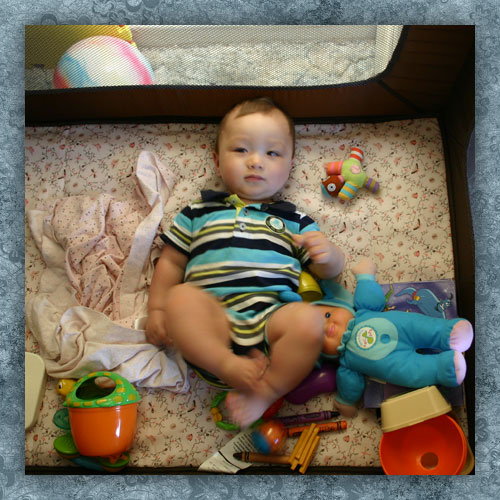 Most of those things there are from Liliana: the crayons, the watering can, the ball by his foot, the doll, the coloring book… 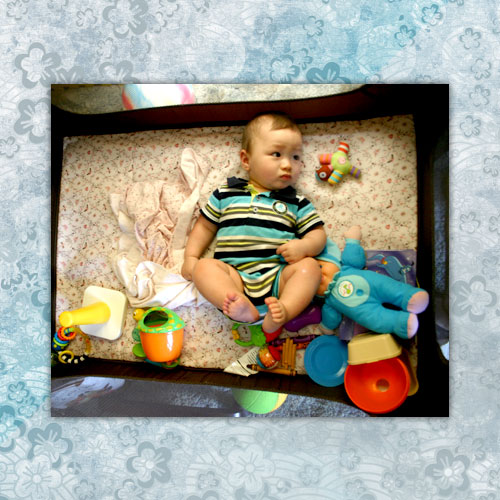 and now a blue toy plate! At least that’s one way to get toys off the floor!

Okay, I have a lot to do today with work. I hope you enjoyed the pictures!