With Sean’s new job and thus new insurance, I’ve been trying to find a new medical supplier for Liliana’s feeding all morning. I’m thinking that instead of having 2 insurances for Liliana’s medical supplies, I can only use one. CHOP Home Care doesn’t take Blue Cross Blue Shield, but they do take Liliana’s Medicaid. The first company I called today takes Blue Cross Blue Shield, but not the Medicaid insurance, and I’m not even sure of what they offer because they’re supposed to call me back. The second company I called doesn’t do feeding tube supplies.

I think I’ll have to call Liliana’s Medicaid insurance to see what they suggest, and if it’s possible to keep using CHOP Home Care but with them as the only insurance provider.

In any case, everyone’s doing well. I’m not sure why both kids had to wake up this morning crying (what a wake-up call!), but at least Liliana slept through the night. I think her first set of molars are coming in, and I read that the molars are the most painful and most difficult teeth to get. Something to look forward to!

Okay, okay. Things to do, people to call. Pictures, pictures. 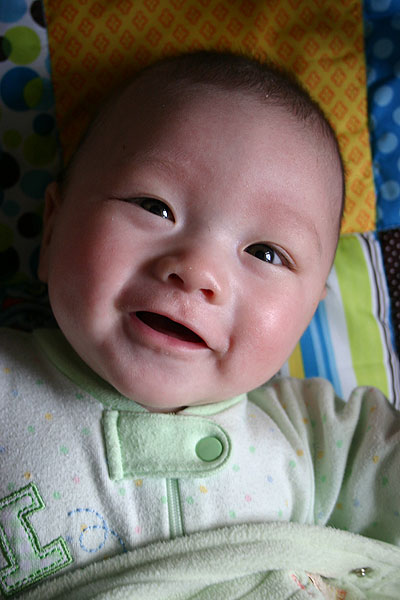 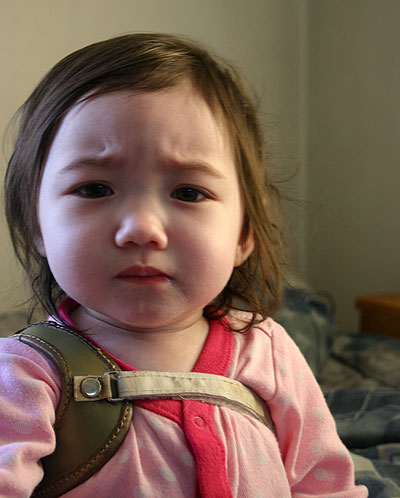 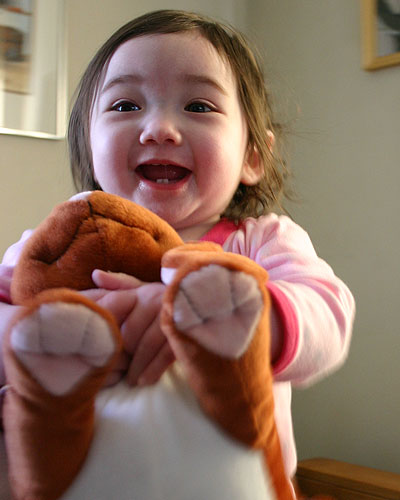 Update: Apparently I didn’t actually “post” this when I first wrote it (which was around noon).

I can’t use CHOP Home Care at all because our Medicaid insurance will deny any claims where they’re the primary insurance since they know that we have another company as our primary. I did get the call-back from the first medical supply company I called this morning, but even though they’re listed as being in-network for Medicaid, they don’t actually accept it after you choose your Medicaid insurance company. I don’t understand it, but if the supply orders only go through Blue Cross Blue Shield, we’ll be responsible for 10% of each order. Sean won’t be happy about that, so I’ll have to talk to some more people.

It’s been really stressful, but hopefully we can get all of this done by the end of next week, which is when we’ll run out of feeding bags. I do have some leftover supplies from when Liliana was on gravity feeds, but I’d rather not use them (the formula is thick and doesn’t go through the gravity feeds easily).