I wrote this last Sunday night, totally thinking I was going to post it:

I don’t think much has happened this week, but Liliana’s been much sicker since Friday.

She just had her ears checked on Tuesday and again on Wednesday at the GI doctor, so I’d be a bit surprised if she developed an ear infection within two-three days. She has been rubbing her cheeks and her ears a lot, and she’s been so uncomfortable/whiny/in pain that we’ve had to alternate ibuprofen and tylenol.

She’s also been throwing up throughout the night, meaning that she’s not tolerating her feedings. We’re a bit worried that she’s dehydrating herself with all the throwing up, so we’ve been giving her boluses of water, juice, or formula when we can. For Liliana’s overnight feed tonight, I’m trying a mix of applesauce with the formula that’s less dense. Sean says applesauce helps his stomach (it is part of the BRAT diet, after all), so we’ll see if it helps Liliana at all.

We have an ear check scheduled for Liliana on Wednesday simply because of all the ear infections she’s gotten, but I’ll probably call on Monday to see if they want to see her sooner. I’ll probably keep her home Monday to try to keep her hydrated anyhow.

Damien has been doing well. He’s finished his antibiotics without any problems. However, he busted his lip on the edge of Liliana’s eating table, so he now has a huge bump on his bottom lip.

So the update is that Liliana was actually sick with strep throat. She’s recovering very well from it already, and started eating things again on Tuesday. Her appetite seems perfectly normal now.

Damien seems to be getting smarter every day and isn’t being such a baby anymore. We can put him in his crib for the night without him throwing a fit/crying to sleep, and daycare is probably helping with that. He’s starting to not eat any of the veggies I put on his plate, though. I think he’ll eat pureed veggies, but I would like him to advance to eating solid veggies. He had his first fish sticks this past week, and he seemed to like them. Liliana even ate some: half a fish stick at dinner, and then half a fish stick for lunch the next day.

The weather is warming up a bit. It will be nice to be able to go outside with the kids and take some pictures! Sean said all of these were bad: 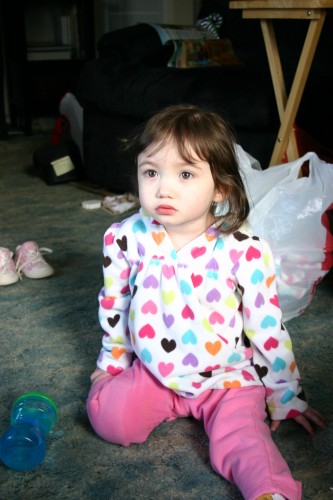 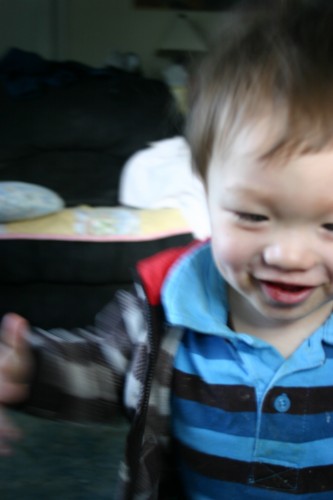 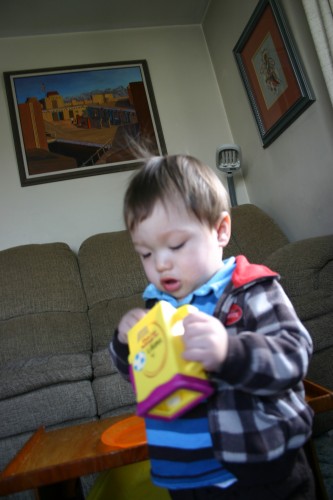 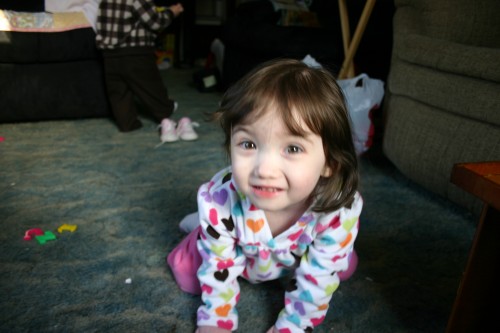