Somehow, Liliana’s been doing a lot better with her reflux this week. I guess it may be a combination of things: she’s on the Good Start formula, off of her Reglan (which was making her stomach muscles convulse, we think), her body’s adjusted to the brace, and instead of me feeding her in the Nap Nanny or swing all the time I now have her sitting on the floor during the feedings. That’s not to say that she’s sitting on the floor 100% of the time during her feeds; she sometimes crawls as well.

Her being on her stomach during a feed would usually cause her to throw up, but now that just doesn’t happen. Yesterday, she only threw up once and that was because I lay her down in the Nap Nanny too early. She did have some nighttime crying jags last night; during one of these she tried to throw up, but all that happened was she cried a lot.

So her reflux is getting better but it’s really hard to say if this is a permanent thing or just temporary relief. I’d give it another week before I can say for sure.

It’s time for Liliana’s medicine, so I’ll post some photos and be on my way! These pics will be linked to the original large versions. Since I’m doing this on Sean’s computer (still can’t find my card reader!) these are not retouched with Photoshop. 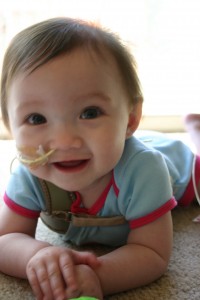 Perfect photo for a "I'm running for class president!" poster 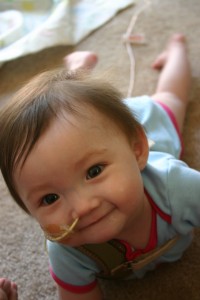 Crawling during her feeding. Silly girl. 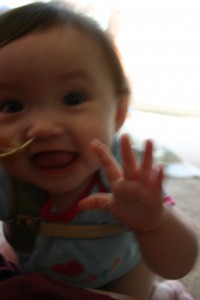 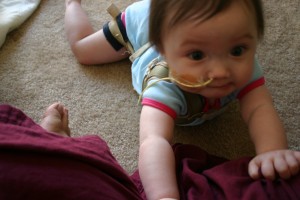 She likes trying to climb me up, but not always with this weird facial expression 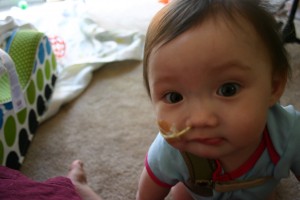 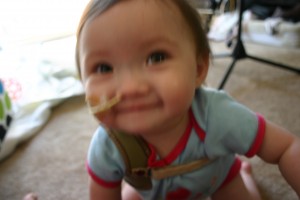 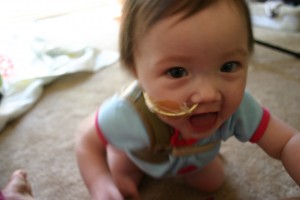 The eating face. Protect your fingers!

Okay, that’s it. Have a good Labor Day weekend!