Yesterday Liliana and I went to the GI doctor. I told him about how Liliana was starting to throw up again; her vomiting had stopped Monday night but she threw up maybe 2 times yesterday, once today.

With Liliana’s bouts of throwing up, he still thinks that surgery is the best option. He told me that there were 2 non-surgical options for helping Liliana’s reflux, but neither of them were acceptable.

The first option Sean and I have already rejected; it was giving Liliana a nasojejunal tube, which is taking the NG tube and pushing it into her intestines with the help of X-ray. It’s thought that the NJ tube works against reflux by having two valves (the esophagus-stomach and then the stomach-intestine) as barriers instead of just one.

We didn’t think it would help at all with Liliana’s oral aversion and oral feeding, and we hated the thought of Liliana having an X-ray each month to replace the tube because it’s only good for 30 days. She would have to get an X-ray again if she were to pull out the tube, so it just seems like an exorbitant and unnecessary amount of radiation.

The second option the doctor mentioned was something called oral baclofen. He said that there are a lot of side effects associated with it, so it’s not really something we’d consider.

Since Liliana is turning 1 in about 2 weeks, he wanted to give her a higher-calorie formula in preparation of our meeting with her surgeon. He first said Pediasure, but then changed it to Peptamen because it’s easier to digest.

I asked him to make it a WIC prescription because we get our formula through them via Liliana’s Medicare; also, our regular insurance had rejected covering the Elecare formula when we had a letter of medical necessity sent, so they were definitely not going to cover this.

All the WIC stuff is done through appointments, though, and my next one is in about one and a half weeks. I’ll have to see if I can come in sooner.

Sean found my card reader so I’m able to Photoshop my pictures before posting them! 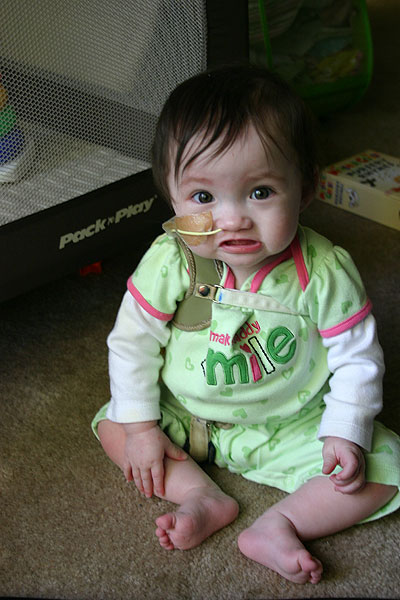 Is that supposed to be a smile? 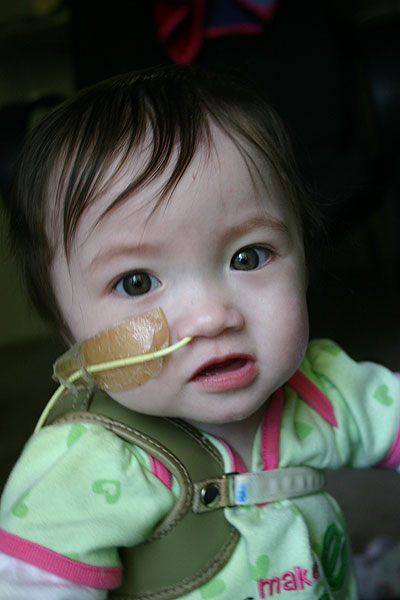 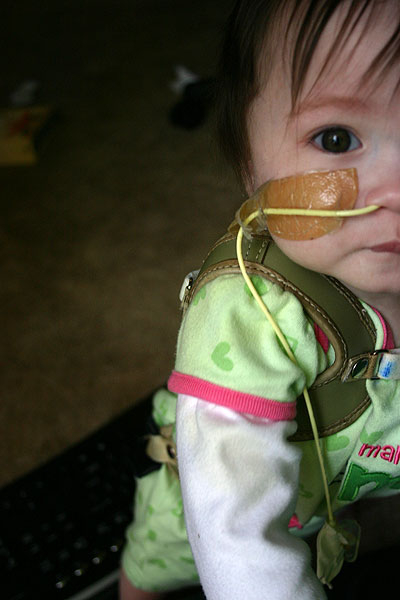 She gets way too close to me when I'm trying to take pictures! 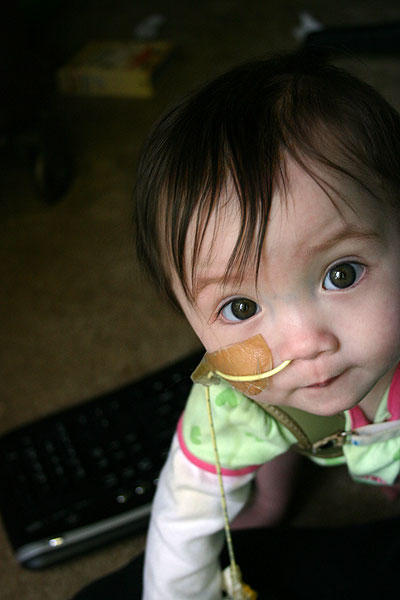 At least I get her full face in this one 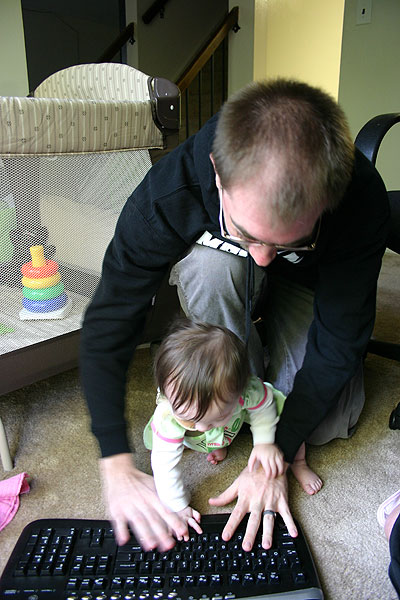 Sean helps get her away from me by distracting her with the keyboard. She loves the clackety clack of the keys.

She wore this outfit for St Patty’s Day so let’s see how much she’s changed! 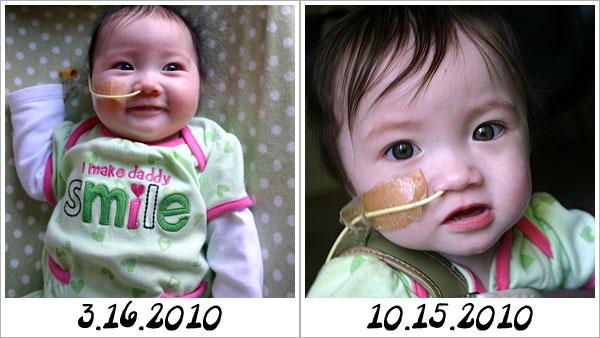