We went to see the pediatrician this past Monday for Liliana’s one-year check-up. Her stats were the following:

Her weight gain is still not where it should be, but according to Liliana’s curve, was much better than it was over a month ago. Her curve also showed that her growth height-wise has slowed down a little, but her head circumference growth is doing well.

Liliana’s been having the occasional reflux this week, and there doesn’t seem to be a clear cause for when she does throw up. I can’t imagine slowing down the feedings any more, and I’m not even sure if that would help Liliana with keeping her food down. Her belly has been getting bigger, though, and her ribs look like they have meat on them; much different from when she was on Elecare.

As far as Damien news goes, I went to the OB yesterday and said that we want to deliver via C-section. The doctor was a bit incredulous? skeptical? about doing a C-section for a 7-lb baby, but I wanted to be on the safe side. The office manager will be scheduling it for me around my 39th week; I hope I last that long!

There is still a ton of stuff to do before we’re ready for Damien. The nursery is an absolute mess because it’s full of boxes of Liliana’s medical supplies and a big box of size 3 diapers we bought because we thought Liliana would be gaining weight at a faster rate than she is. Hopefully I won’t have much work to do tomorrow (which is unlikely with how many projects I have) so that Sean and I can clean the house together; next weekend is Liliana’s surgery and recovery.

I did make a Babies”R”Us registry for Damien, which can be found here. Washcloths, diapers, a thick hooded towel and a wipe warmer (it’s only Fall and it is already too cold!), that’s all.

Okay, it’s time for the photos! Last Sunday we took Liliana to a farm as a way of celebrating her birthday. 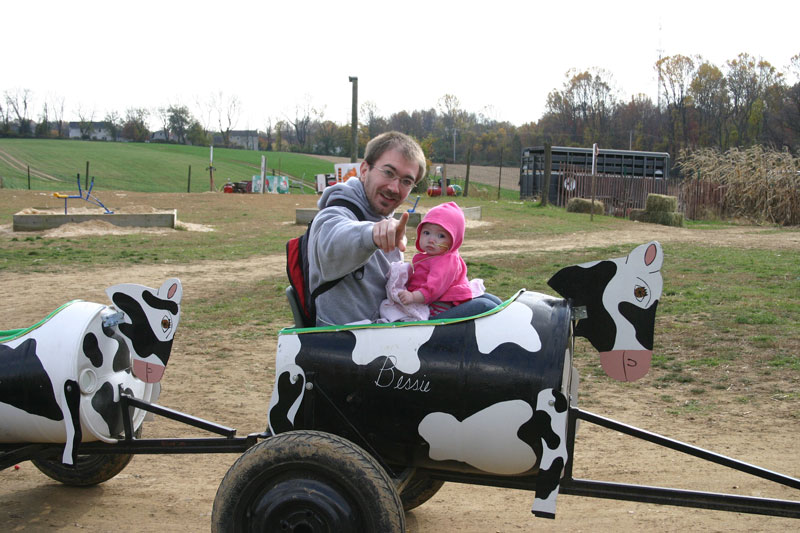 Sean and Liliana on the cow train 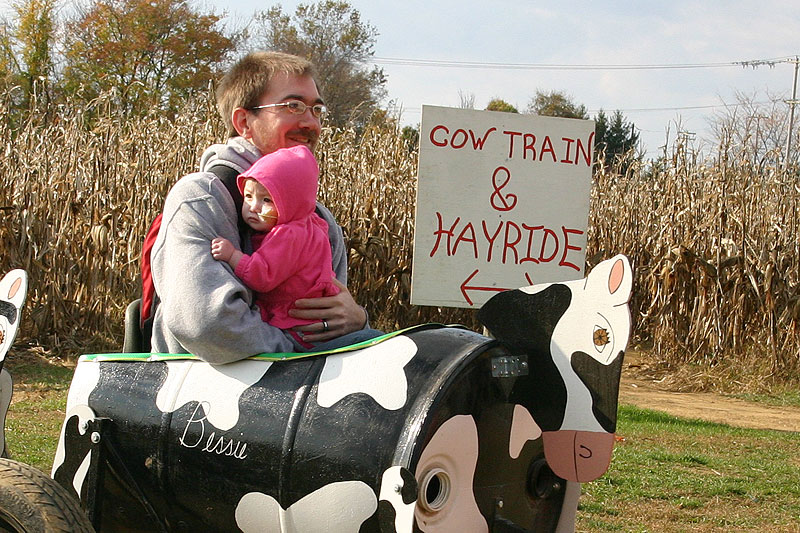 Liliana hanging for dear life onto Sean! It was really cold that day. 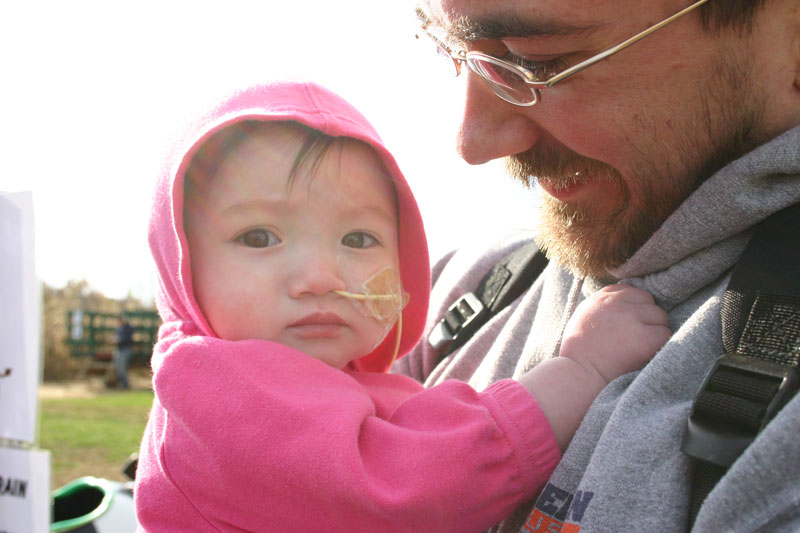 Is her face getting fatter? 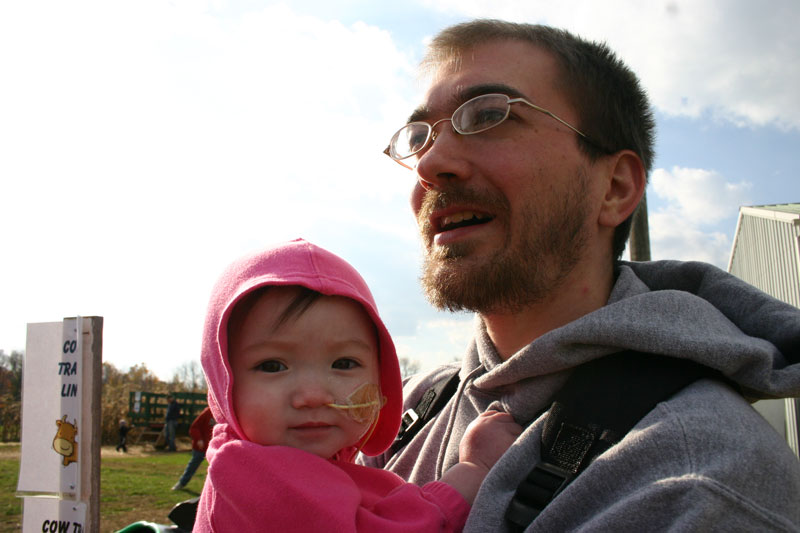 I don't understand where she gets the cuteness from. 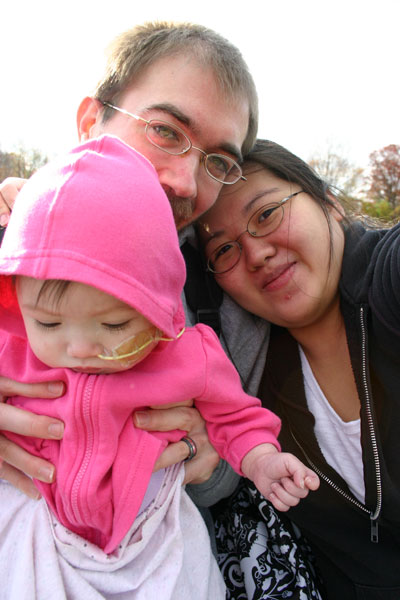 We're on a hayride! It was really...uncomfortable. And rickety. 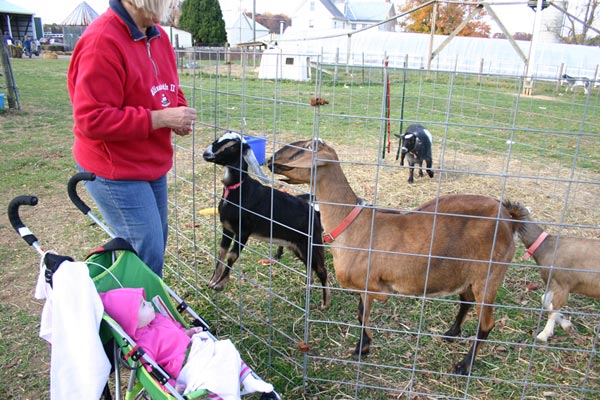 We saw sheep, a cow, and some goats! The brown one has only 3 legs. 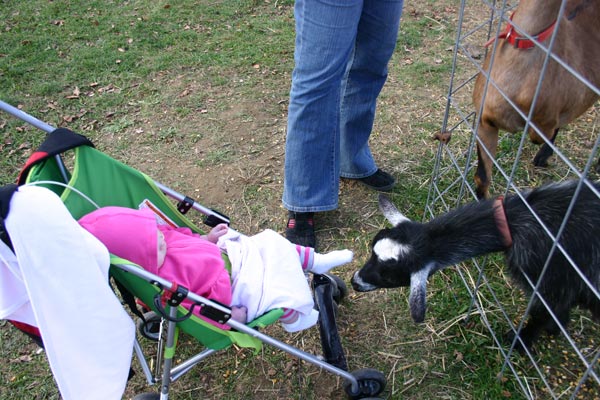 This one tried eating Liliana's blanket. 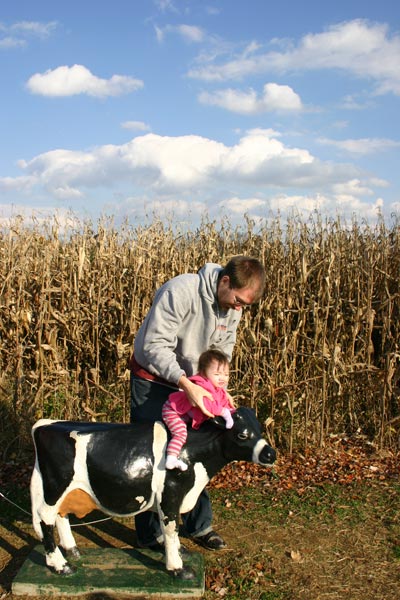 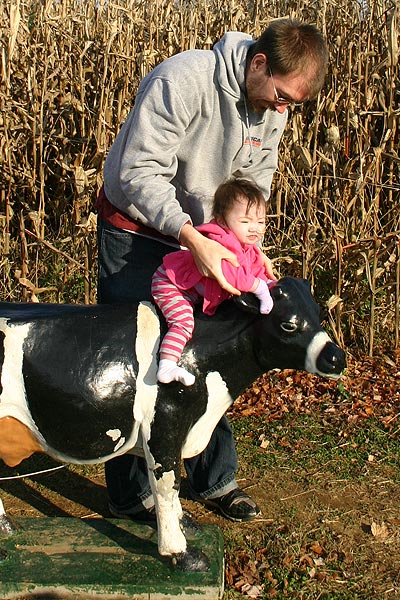 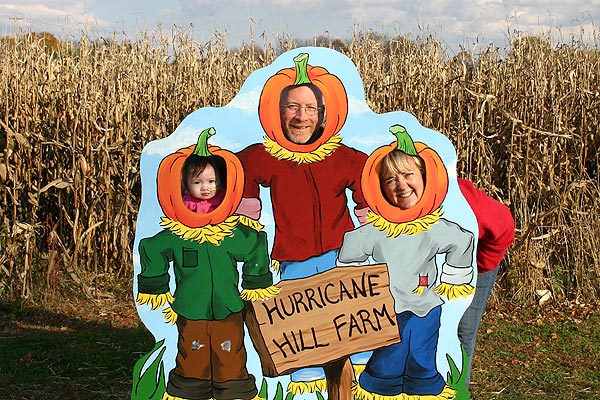 Liliana and the grandparents being silly scarecrows. 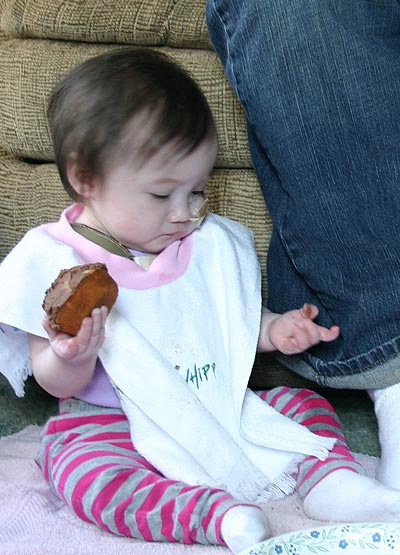 At the grandparents' house and going to eat a cupcake 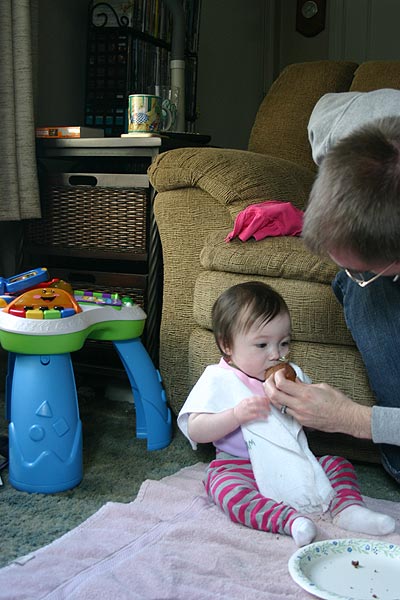 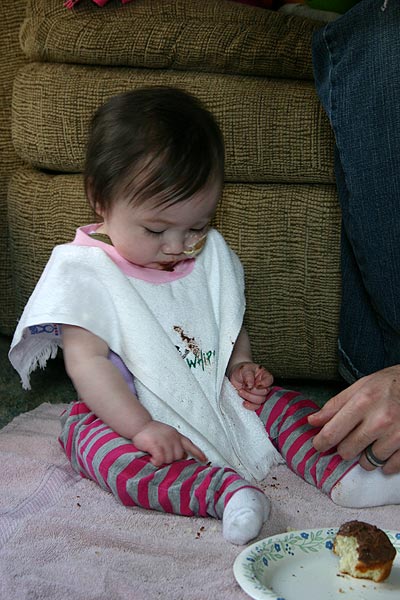 She's surprised at the taste of everything; doesn't like cupcake that much but will eat the frosting. Here she's pointing at some frosting on her pants. 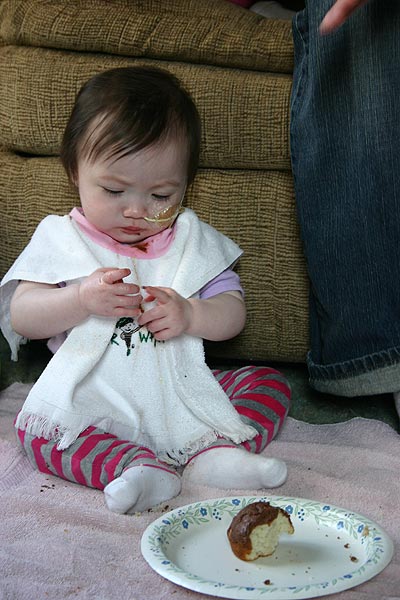 Concentrating on the frosting she has on her fingers...and those big bites out of that cupcake? Sean.

It’s time to give Liliana her medicine. The next feeding will have some Pedialyte in it because she threw up a few times this morning. Gotta go!