This past week has been a busy one. It started off with Liliana’s hematology appointment Monday and her hearing test on Tuesday (which she passed). I’m getting used to hauling both of the kids around, but it really is tough! Especially so during the hearing test, as I had to carry both Damien and Liliana at the same time. I brought a sling to help carry Damien; anything else was going to be impossible.

The rest of the week has been pretty routine, but still busy with all of the things I need to take care of.

Liliana’s turning out to be a good big sister. She pets Damien’s head (gently…at least most of the time), touches his feet, holds his hand, and in general is just very curious about him. She doesn’t seem jealous of him at all, though we do have to keep an eye on her just to make sure her curiosity doesn’t have her squishing him because she wants to have a closer look.

I’m spacing out now with only 6 hours of sleep, so I’ll get on with it and post photos. 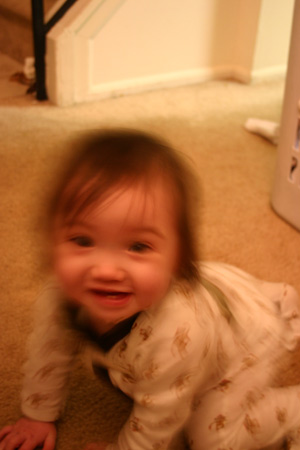 She naps during the day and is most cheerful at night, thus the bad lighting and blurriness. 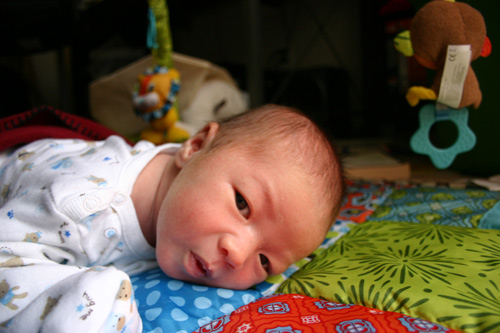 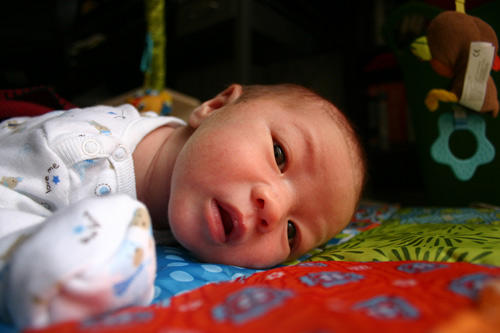 Reminds me of a puppy face 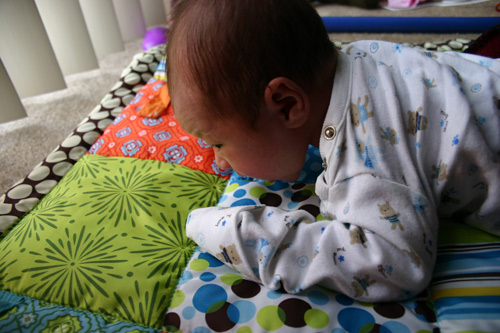 Damien's working out those neck muscles.

For e-mail subscribers, I’ve made the time of the e-mail delivery later so I have the chance to actually get my posts through in the morning. This is so you get them the same day instead of the next day.