This week Liliana’s been able to eat a few yogurt chews without any problem! She’s still retching every now and then so we vent her stomach to relieve the pressure of any extra gas in there. I just checked her mouth; she’s cut another tooth but the other one is still in her gums. Maybe her retching will stop or diminish by the time she cuts this other tooth.

Damien’s doing well. He had some tummy time this morning and managed to wiggle himself to the top left corner of his tummy time mat (he was placed straight and in the middle of the mat to start). Tummy time seems to always be a struggle for him, though. He’ll try eating the mat and won’t move his head to the side so he can breathe. He’ll lift his head slightly a few times, but he’s mostly trying to eat the mat! Then when he’s done, the mat is all wet and his face is red.

Apparently, there’s a credit on our account of $200 under my name, due to co-pays that I somehow didn’t need to pay. There were some other charges on the bill that were unpaid co-pays, so they’re taking it out of the credit. I’m glad that worked out!

I only have pictures of Liliana today. Here they are: 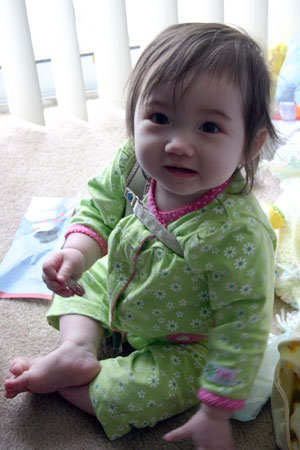 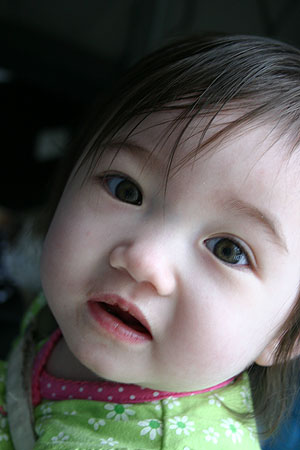 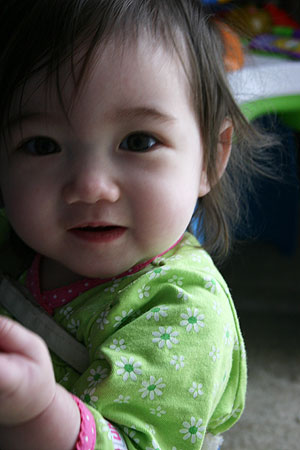 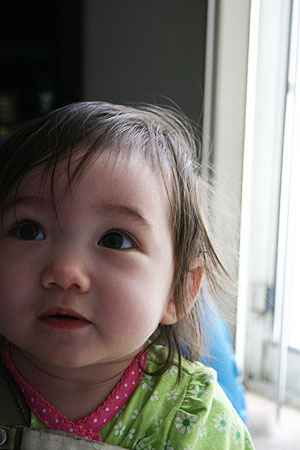 I’m in the middle of feeding Damien actually, so that’s it for today!