So much has been happening!

Damien went to the pediatrician earlier this week and weighed in at 14 lbs 4 oz, which is the 95th percentile for his age. He’s able to hold his head up during tummy time and during his session this morning it almost seemed like he was trying to roll over. He’s also mouthing his hands more often, which I appreciate so I don’t have to console him with a pacifier every time he wants to suck for comfort.

Liliana met with her GI doctor this week, and he wants to get her to feel hungry during the day by stopping her overnight feeds. We need to feed her orally for 10-15 minutes and then supplement with her Peptamen Jr formula afterward for 5 feedings during the day. So far she’s only taken small sips of liquids; as for solids, I’ve been doing purees and oatmeal, but she raspberries them out of her mouth.

Liliana is walking more often and she’s learned how to hug properly. Her “hugs” before were her leaning her head in to bump foreheads with you, and now she’ll wrap her arms around, sometimes with hand patting.

For those who don’t know yet, our family of 4 is moving in with Sean’s parents. We’re actually moving all the furniture this weekend; it’s going to be tough as a lot of our things are still not packed and we have to decide on whether we’re taking something with us to the house, putting it into storage, or throwing it away. Thankfully the weather has warmed up and a lot of the snow has melted. It wouldn’t be fun moving stuff while walking on ice!

Alright, it’s time to post photos ’cause I have other things to do. Yesterday Liliana woke up with the craziest hair on one side of her head! Usually you’d need a styling tool to get this curling effect, but apparently for Liliana all she needs is Sean’s hair genes. 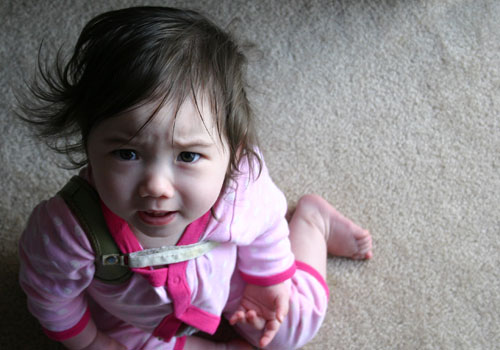 This is THAT look I was talking about last week. 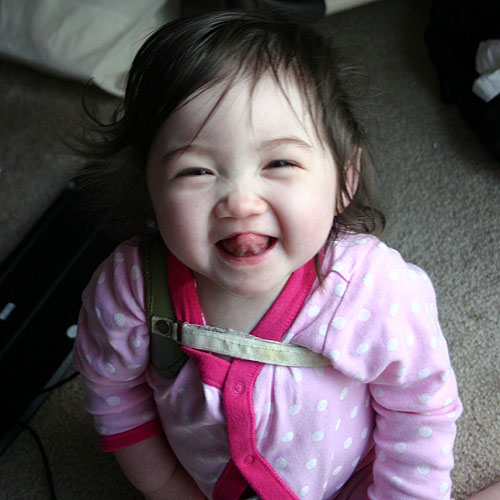 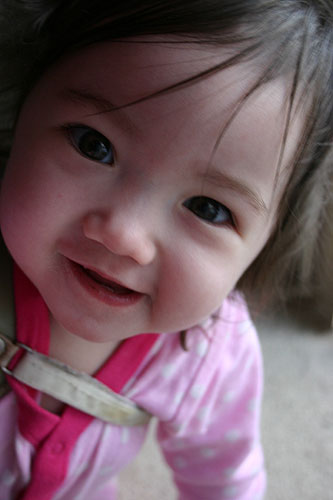 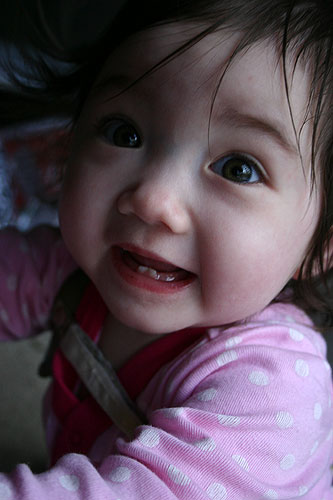 Does anyone else think this looks "crazy"? 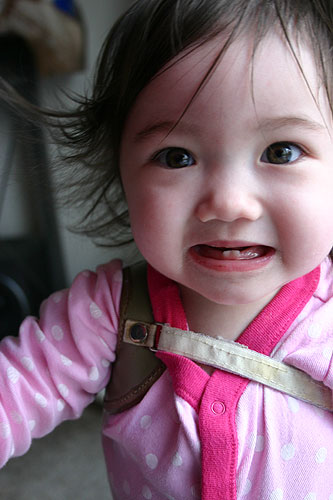 Looks like Mommy's smile when she was a kid 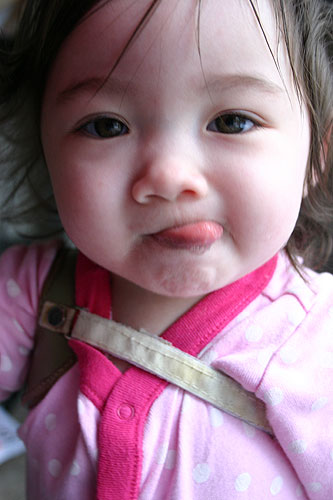 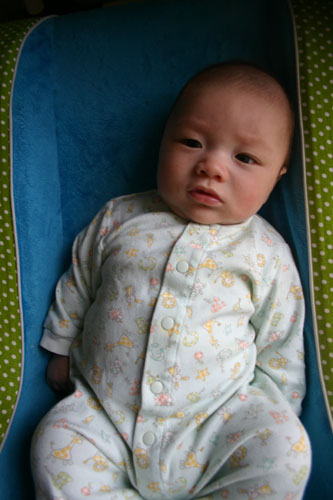 Look at that tummy! 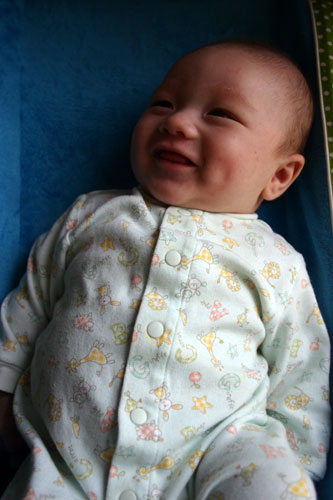 Okay, I hope to get a lot of laundry/packing/cleaning/work done by tomorrow morning so it’s time to end this post. Bye!