Here’s this week’s Friday Photos! First we start off with a pic I took during the night, so I had to Photoshop it a bit. Looks like a painting, doesn’t it? 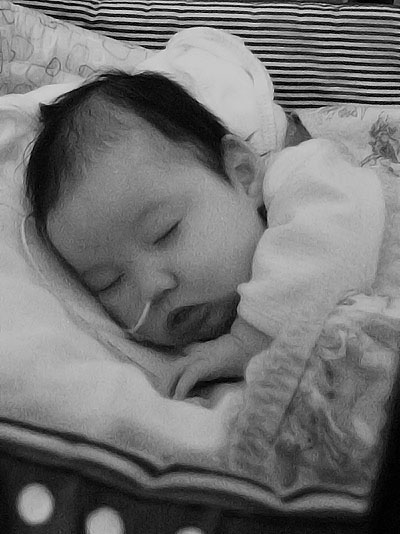 Liliana at night time, sucking in her sleep.

We have to put towels under her head because of how much she throws up; she hardly throws up during the night, but during the day it’s a nightmare.

Sleeping during the daytime

For the following photos, I know you’re not supposed to have blankets in the crib. Ideally, you should have the baby’s room at a warm temperature, the baby dressed comfortably, possibly swaddled. But then you get all these receiving blankets, as well as handmade blankets and afghans, and what? Are you supposed to throw them in a corner while your electricity bill skyrockets? Anyway, the stuff we get is too cute not to be used. 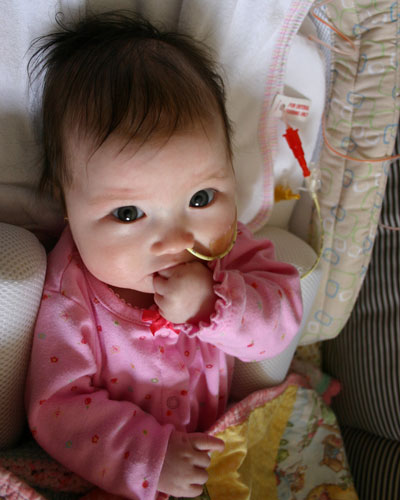 Sucking on one hand 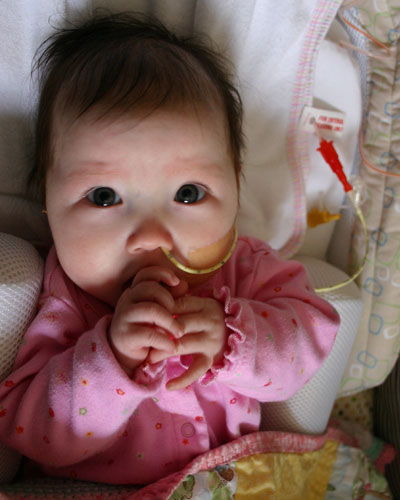 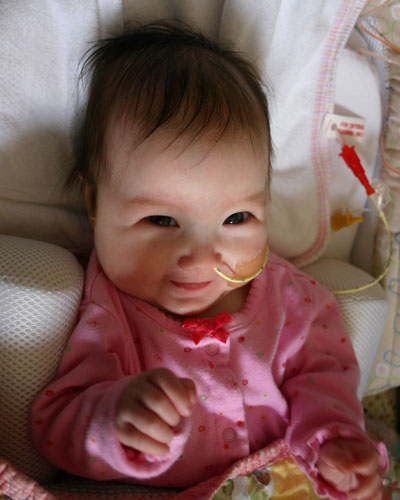 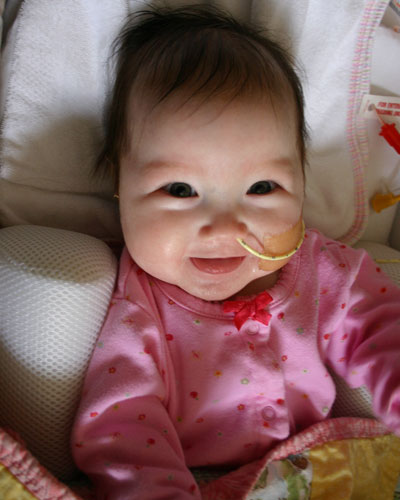 Smiling while sticking out her tongue

That’s it! I do have some videos I need to upload and post. Maybe I’ll get to do that later this weekend.

Also, I was thinking about including the original photo files so that you can print out the ones you like most, but I’ve found that the pictures are at least a megabyte each. You can comment for me to e-mail you the ones you like, or maybe I’ll figure something else out.