My grandfather passed away Friday. I don’t know the details of it, but he’s been sick for a long time with cancer.

If it weren’t for him, I most probably would not have existed. He moved his family from China to Honduras, and then eventually to the US. My parents already had my older sister and brother; if they had stayed in China, I wouldn’t have been born.

Anyhow, my grandfather started a family restaurant; with its success, other restaurants were opened and other family members were allowed to take them over and run them. It’s allowed for many of our family members to have comfortable, but hard-working, lifestyles.

Here’s a picture my aunt took while we were down there; my grandpa got to spend a little time with Liliana, but didn’t want to be too close to her because he wasn’t feeling well: 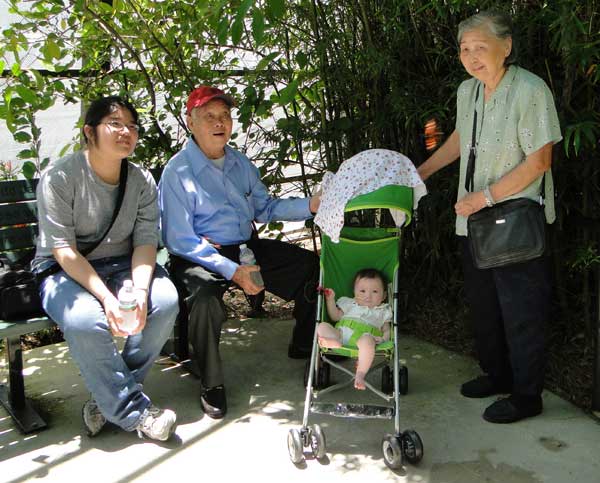 My sister Ana, Grandpa (Dad's side), Liliana, and Grandma (Mom's side)

He’s done so much for his family and by extension, my small family as well. I’m grateful for him and all that he’s done. He’s accomplished much in his life, through his business and through his art and calligraphy.

I hope he is at peace.