This Saturday my aunt and two younger sisters flew into Philadelphia to come visit us and our new bundle of joy. I’ve been so busy taking care of Liliana and working on a new source of income that I had not realized this weekend was going to be a huge weather disaster.

Sean and I got ready early in the morning to head over to the Philadelphia airport. We packed several feedings for Liliana and supplies so that we can feed her through her tube if necessary. We bundled up and headed out around 5:50 AM. It was already snowing. 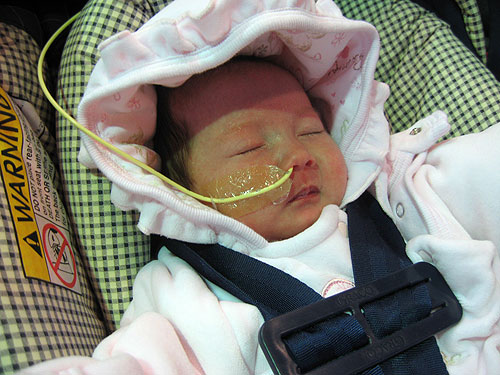 The snow continued to fall, and once we were at the airport, we saw that flight after flight was being canceled. Luckily, the flight that my family was taking was simply delayed for a few hours. It was only a matter of time until we could begin the treacherous drive home.

But until then, we had to wait. We tried feeding Liliana several times but ended up putting milk through her tube. With how cold it was outside (and inside in some places), the milk would stop flowing, possibly because it was congealing or freezing up. Traveling itself was a hassle, as it became time for Liliana’s next feeding and there was no way to heat up her milk until we arrived at our destination.

With how susceptible Liliana supposedly is to any respiratory diseases, we kept our distance from people at the airport. Sean and I are very new at this parenting business, so we were surprised and albeit a little put off by how often people smiled at us simply because we had a baby. Liliana is really cute though so I can’t blame them. 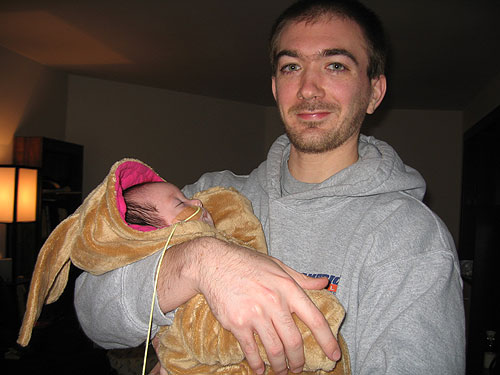 Fast forward a little to today. Today’s the last day that Liliana’s aunts and great-aunt will be in town, so we decided to go to Longwood Gardens for a quick look. Liliana slept pretty much through the whole thing but Auntie Christina took a few pictures of her with her mommy and daddy! 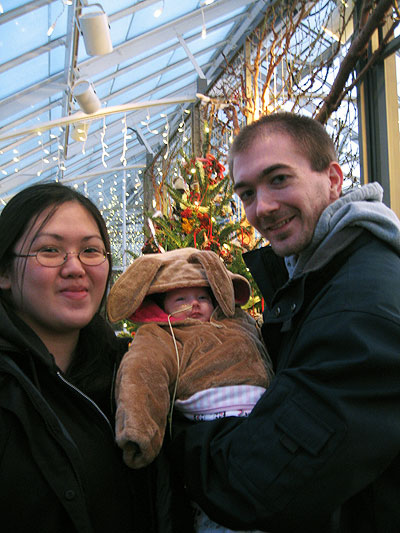 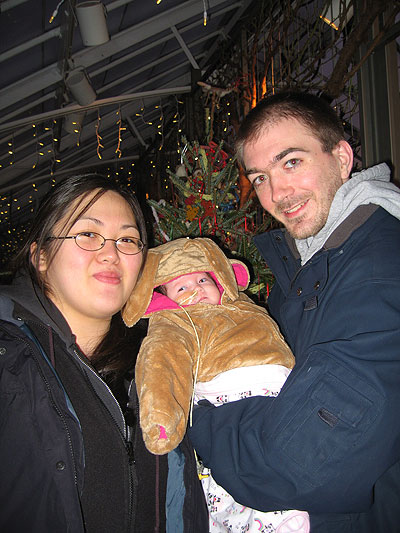 Having a baby as young as Liliana is tough during the winter, as it seems like you can never ever get out of the house. And when you do, you have to pack up a lot of milk, extra nipples, and in Liliana’s case, the feeding tube supplies. Once it comes time for the baby to eat, you have to warm up the milk (which most likely involves standing at a sink for 10+ minutes running warm water over a really cold bottle) and devise a way to keep the milk warm in temperatures under 30 degrees Fahrenheit. Overall, it’s not easy but I guess being a parent never is!