I know it’s been a while since I last posted. We drove all night on Wednesday and arrived in Gainesville, FL on Thursday where we stayed overnight. We picked up one of my sisters, the one who attends UF, and drove down to Miami on Friday. The days after that were recovering from the drive and getting accustomed to the sweltering heat.

Today was the first day where we actually did something. First we went to Jungle Island. Lots of parrots! We saw some monkeys and the most exciting animals we saw were ligers! (click photos for full versions) 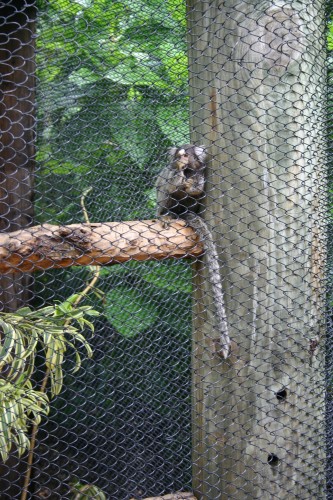 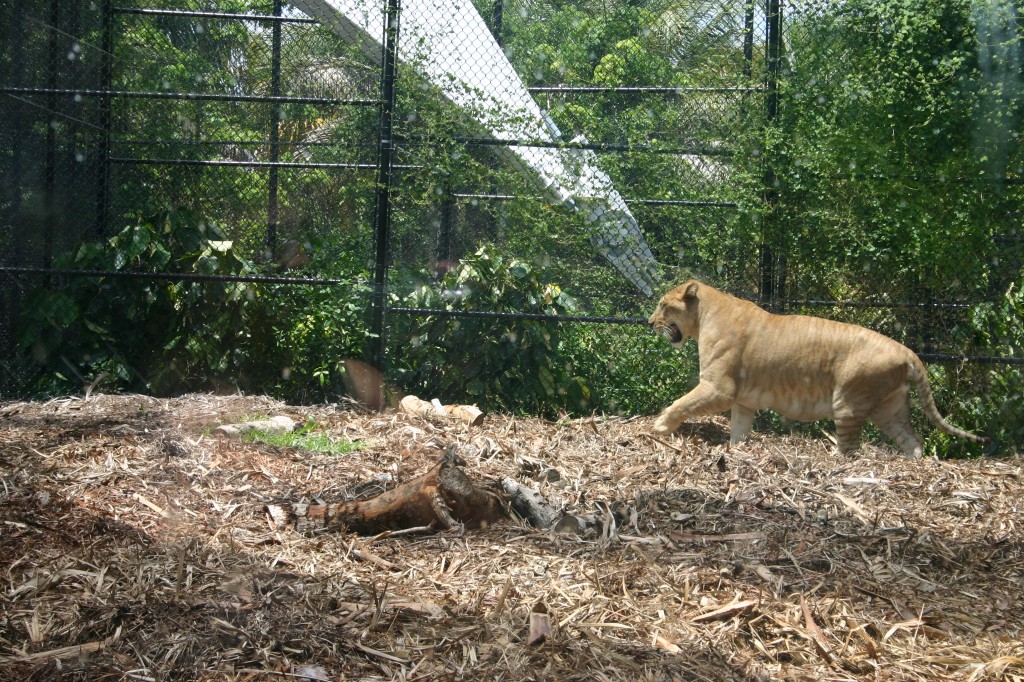 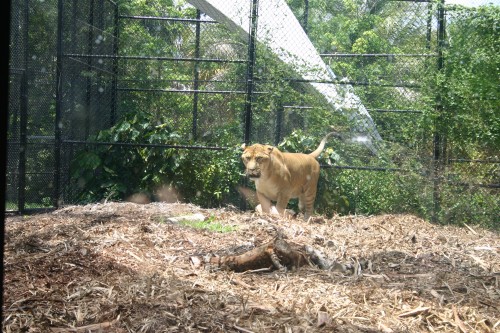 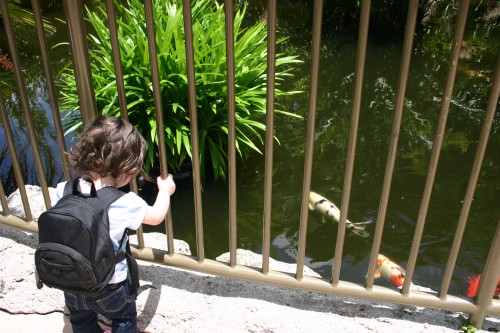 Liliana also got to watch a few swinging monkeys, which she enjoyed a lot until she started getting too hot. There weren’t any indoor exhibits really, so we decided to go back to the car. We stopped by the gift shop though because we could get complimentary keychains, courtesy of our Go Miami card, so Sean got an engraved bottle opener and I got a mini stuffed snake. We also got Liliana a $2 tiger because she was getting fussy, as was Damien. They were both getting really tired, and Damien actually dirtied his diaper (which I found out as I was trying to change it in the car while he was on my lap!) so they weren’t very happy towards the end of our Jungle Island visit.

We headed on over to the Children’s Museum because it was indoors, but it was utterly crazy. Screaming kids, running kids, annoying kids, kids, kids and more kids. Most everything was geared towards older kids than Liliana, but there was a room intended for children 12 months and younger. We went inside and there was only one family in there; granted, the family consisted of a young toddler, a 4-year-old and a 7-year-old, and the older two were climbing over things that shouldn’t be climbed over.

Anyway, this room had two sections: the first section was being occupied by the first family, so we went to the second section. This part of the room was geared towards crawlers. There was padded matting down on the floor that made a crawling surface, and one part of the padded matting was wavy. This wavy part was right next to the room’s partition, and the separation wall had mirrors along its side so that when a baby crawls up the wavy mat, he could look to the side and see himself. Damien did this a few times and smiled a lot.

The wavy mat also led up to a higher mat surface with a large mirror on the wall. Furthermore, this section had 3 levels: the floor-level mat surface, a middle level and then the high mat surface. Each level was only a difference of a few inches, so it was a great way for Liliana to practice going up and down steps. Damien crawled everywhere, and even pulled himself up to standing along the walls.

The other family left so we got to try out the other section as well, which was geared towards cruisers. There were 2 bars that lined the sides of this section, and 1 of the bars had an octopus feature, with ropes that acted as the octopus’s arms hanging down above the bars. Damien grabbed the ropes and was actually standing up just by holding onto them. The other bar had a large mirror, and in between the two bars was a fun mirror that had numerous circular mirrors in a grid over a large mirror. Lots of reflections. Damien liked it a lot.

We went to a different exhibit that had a slide and a fishing activity. Liliana went down the slide once and I found it to be too fast for her. She was actually more interested in the fishing activity. I had tried doing it with her earlier, but when she wasn’t able to do it correctly I took her away from it and she threw a fit. Sean tried doing it with her, and Liliana just wasn’t able to hold the pole up. Even when Sean was helping, it was difficult to get any fish; it was also a bit annoying because older kids were hoarding fish and encroaching in Sean and Liliana’s space.

We started to leave and found it was raining, so we had lunch. Then it started really raining, and we tried leaving when the rain wasn’t as hard. We still got soaked, but the kids weren’t so bad because we had them covered.

Anyway, Damien’s getting his two bottom teeth in. He’s now sticking his tongue out often because of it, and it’s really cute. Sean is worried that Damien is getting spoiled on this trip because Damien is actually co-sleeping with us (because I didn’t want him crying and waking up my parents–they need their sleep) and because my grandmother thinks you shouldn’t let babies cry.

Okay, it’s getting late and Damien needs to eat. Bye!