Wow–I’m posting something! I know it’s been several months since there’s been a peep from me. New house, lots of work, being able to afford things for once, yadda yadda yadda. Also…the flu. Damien apparently got sick with the flu two Fridays ago, and it didn’t really seem like the flu until I got it. High fever, fatigue, all that good stuff! So the kids have been home all week with me being sick (Sean was sick too for the first half of the week) and now everyone just has sniffly noses.

So…let’s do a month-by-month rundown.

Liliana got orthotic braces for her feet. Her feet turned out while she walked, and her braces apply pressure so that she walks straight and it builds her muscle tone. It was also Liliana’s 3rd birthday. We had gotten the kids pirate costumes and dressed up one night in preparation for Halloween, but when Halloween came around, both kids were sick! They couldn’t dress up for their respective daycare’s Halloween events because they were at home being sick. 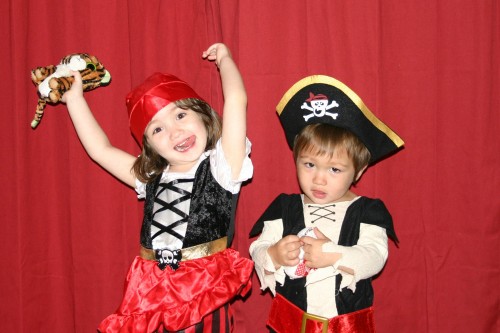 The two during our dress rehearsal 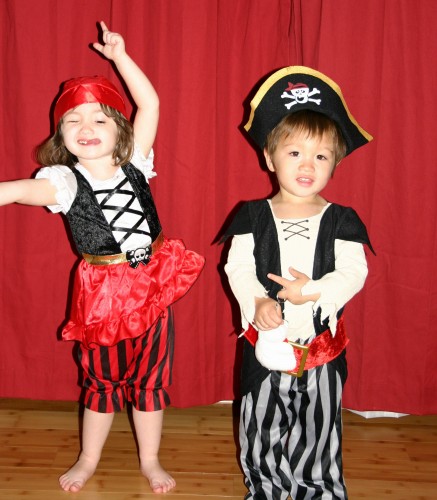 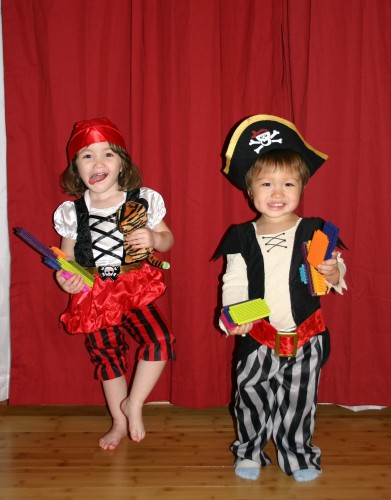 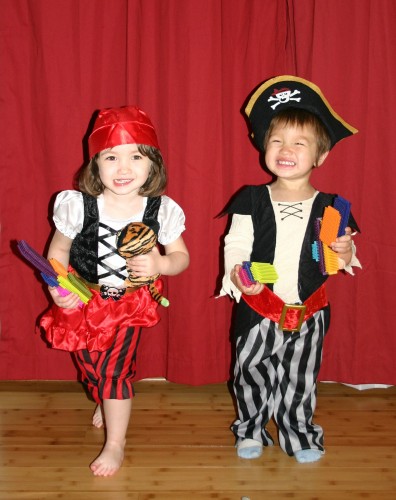 Liliana visited her orthopedic doctor, where we found out Liliana’s scoliosis curve has gone down a lot. They said Liliana could be out of the brace for 8 hours of the day, so we’ve been sending Liliana to daycare without her brace on. And goodness, how that has helped with potty training!

Thanksgiving was at my house, turkey took forever to cook, and apart from the smoke (the turkey drippings overflowed in the oven—bah!), everything was fine. And I guess we went to the zoo sometime in November. 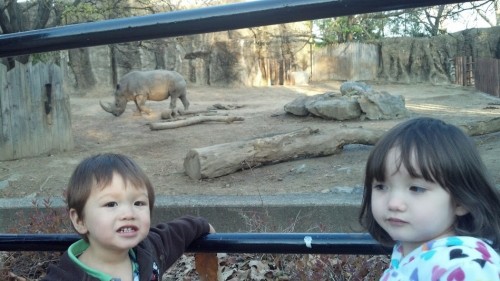 Damien and Liliana with a rhino at the zoo 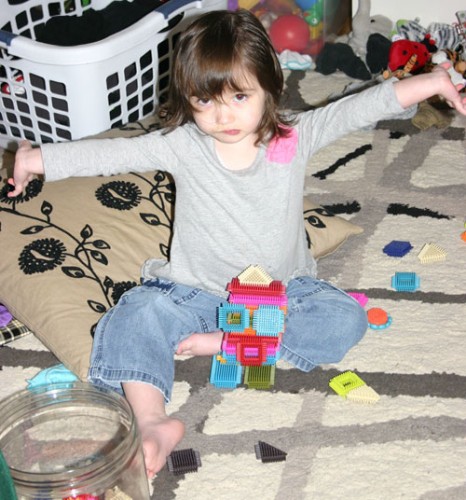 Liliana with a robot she made

We had our first snow of the season already. Up here on a hill, we got maybe 2 inches of snow, and everywhere lower down? Rain. And a light dusting of snow. Damien was freaked out by the snow because it was something new to him, but he warmed up to it. When Liliana saw the snow, she said, “Winter’s here! I need my snow boots and my snow jacket.” We even made snow balls after getting home from daycare, and Liliana liked walking on the snow every morning and night that it was here.

Oh, but ever since Liliana’s recovered from the flu, she is eating things. Like…everything. Before, she couldn’t swallow chicken nuggets. I had gotten these letter-shaped chicken nuggets from Wegman’s, and she ate those just fine today. Before, Liliana couldn’t swallow regular sandwich bread. Either Wegman’s bread is awesome (which it is. It’s super soft and not dense), or Liliana has magically gotten better swallowing skills, but Liliana actually ate 3-4 bites of this bread’s crust. And apparently she ate some of a hot dog yesterday. Her, eating meat? Miracles are happening this December.

Here’s a video of Liliana and Damien doing “Ashes, Ashes, All Fall Down”. It’s not super great, but it’s nice to see them getting along and not crying and fighting: http://www.youtube.com/watch?v=WhE_Jj1w6RU&feature=youtu.be