Now that it’s a holiday weekend, I have some time to actually make a post!

Sean had taken a week off a while ago to do the move into our new house, and we’ve been living here for a few weeks already. There’s still a lot of organizing to do and storage solutions that we need to come up with, but everything’s turned out okay so far. The only thing Sean and I are worried about is all the spiders that are around. We saw 2 huge spiders (the kind that look like brown recluse spiders) when we got home from spending time with Sean’s parents today, and I definitely wouldn’t want them in the house!

Liliana had ear tubes put in about a month ago for recurring ear infections. She hasn’t had any ear infections since, but she’s had a virus that infected her throat and then a cold that turned into a sinus infection, so she’s stayed home a lot this past month. Whenever Liliana’s sick, she doesn’t want to eat or drink at all, and sometimes she can’t keep all of her formula down. We had taken Liliana to the pediatrician and they said that she had lost 7 lbs (!), but that measurement was a fluke because she was at her normal weight just 2 days later.

Liliana did go to her GI doctor recently; Liliana’s reflux has been much improved, except for when she’s sick, so we’re starting to wean her off her omeprazole. Liliana’s last weight was 28 lbs 7 oz, and her height was 2′ 11.83″. Her height-weight ratio was 50%, which is good.

Damien has been doing very well lately, and he actually knows how to count! I think he can only go up to seven or eight in the right order, but it really surprised me when he started saying numbers in the correct sequence. He’s been hiding his skills.

He also has some interesting habits…he likes to hold on to things in a hoarder’s fashion. He’ll grab all the crayons that he can and take them to wherever he’s going, whether it be the dining table, the car, or even his crib. He also grabs books, toys, and anything else he can get his hands on. I now have to tell him to put his things down somewhere when we’re going to his daycare, because he’ll grab something on the way to the door.

A while back we had all gone to Longwood Gardens for Doug’s birthday (Sean’s dad); these are the family pictures that came out all right: 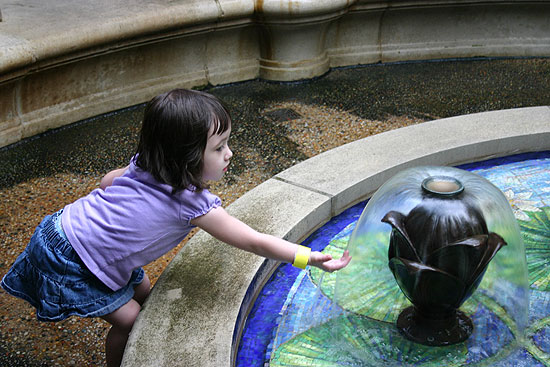 Liliana touching the water fountain in the Children's Garden 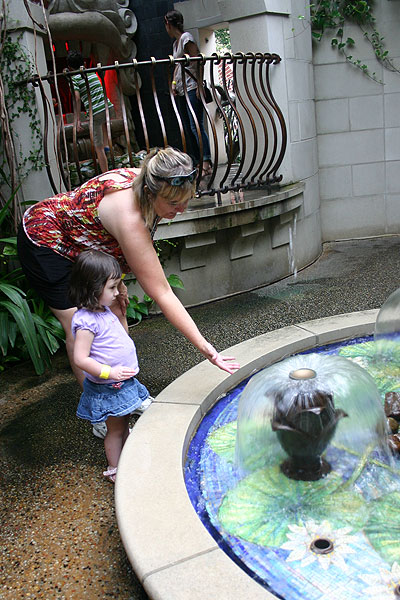 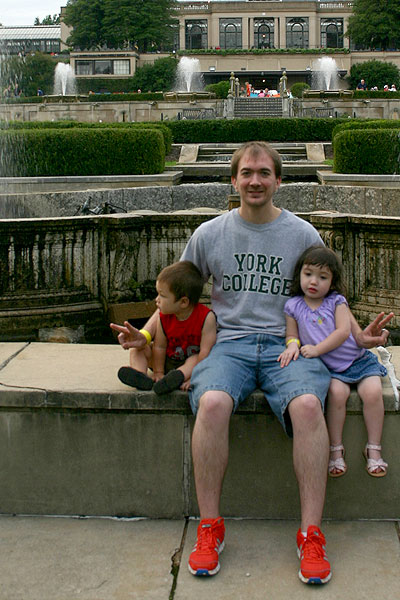 Sean with the kids 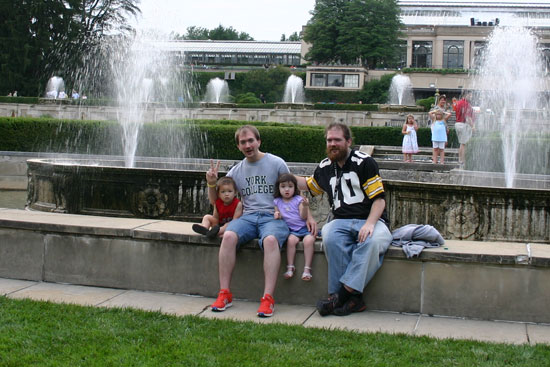 Sean, Jason, and the kids 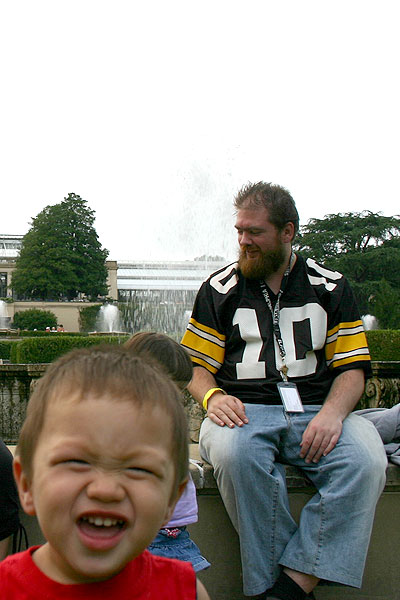 Damien does the weirdest things. 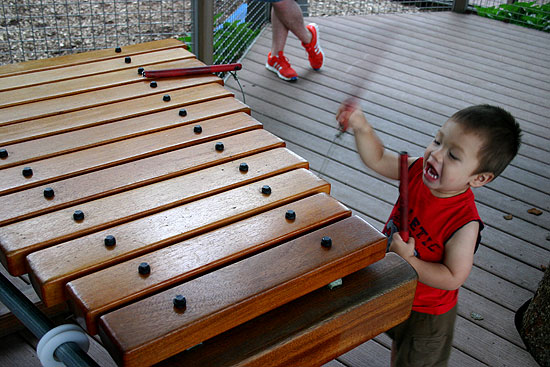 Damien doing a perfect impression of the Muppet drummer, Animal.

Okay, I should work or go to sleep now. I hope to have pictures of our finished house up next week!