I won’t write much; there are a lot of things going on that I could write about, but I’m writing this at 2 AM and I sometimes like my privacy. Any text past this will just be fluff and filler.

Liliana’s definitely learning a lot of words, but she sometimes gets them mixed up. The other night, for example, Liliana was saying “itchy” and then saying her word for “grandpa”, so we thought she was saying that Grandpa was itchy. What she actually meant to say was “ouchy” because she had seen a band-aid on him recently.

Liliana has also been learning her numbers, and she sometimes hops in place when counting (which she learned from Tigger in a Winnie the Pooh Counting DVD)…the thing is that she goes, “Two, three, two, four!” It’s as if “one” doesn’t exist to her.

I’m going to post pictures now so I can go to bed. 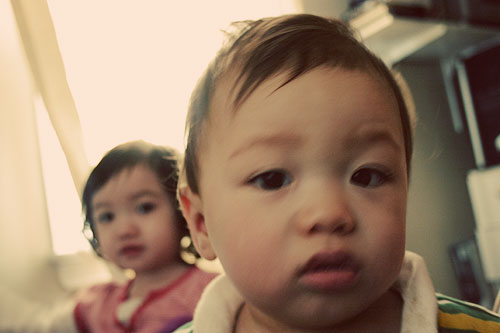 Kids hanging out on our bed 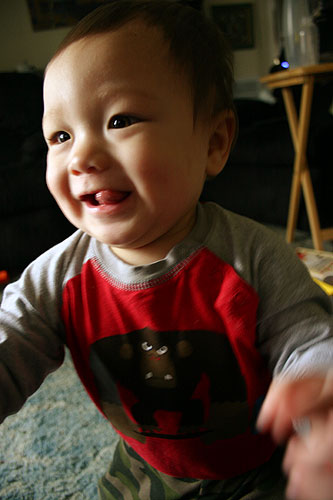 Is Damien standing up or attacking me and my camera? Your call. 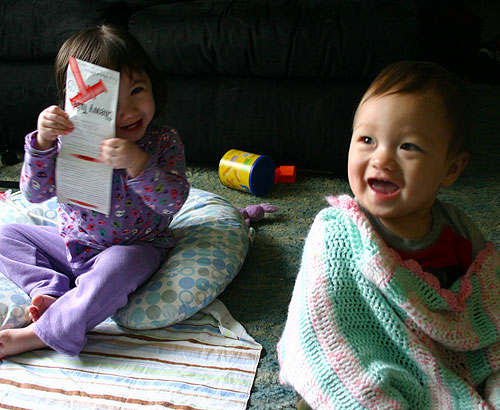 Liliana is hiding and Damien is being silly because...

he's playing peekaboo! (This is animated; if you can't see the animation, you can click on the picture to load it in your web browser) 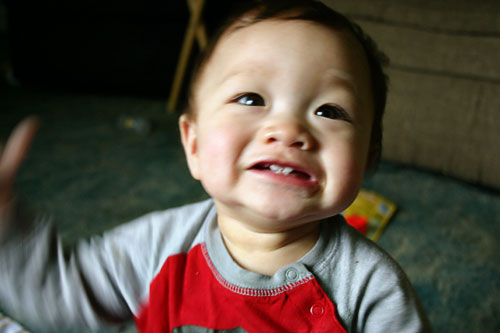 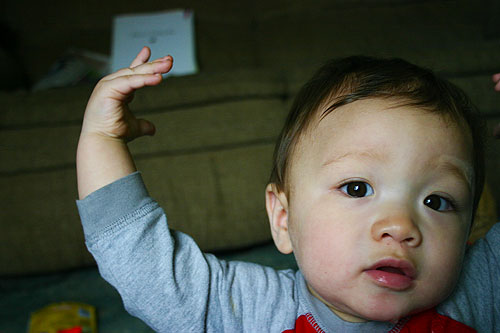 He sometimes likes flinging his arms up. Gasp! Ballet dancer in the making! 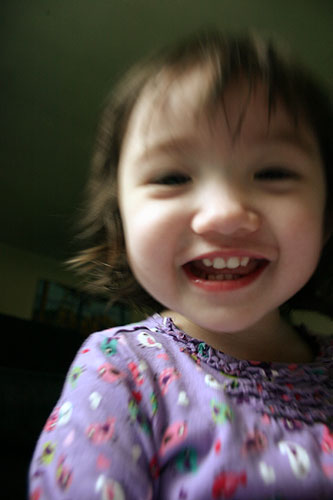 Liliana's turn! She kept getting really close to the camera, like she was zooming in really fast. 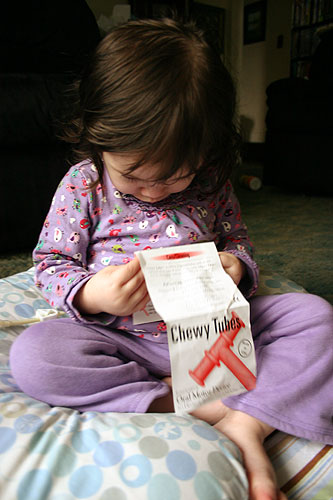 She had the directions for a new chewing tool, and she kept hiding behind it or pretending to read it. She. is. silly.

Okay, it’s time to throw the toys away into their bin, brush my teeth, and go to sleep. Yawn!