I’ve been working a lot these past few weeks and I still haven’t caught up yet, so it’s been near impossible for me to find time to write a post. Especially with these kids! They’re driving me crazy with them getting sick all the time.

I had both Liliana and Damien home two days last week—I think Damien’s having a rough time with teething and then Liliana had to go from one antibiotic to another because she had another ear infection. There was also a possibility that Liliana had the Coxsackie virus (one type can be the Hand, Foot & Mouth Disease), so that was another reason for her to stay home.

Liliana has an appointment with an ENT in the future, so hopefully we’ll be able to avoid all these ear infections.

Some photos of the kids:

Damien had just been crying 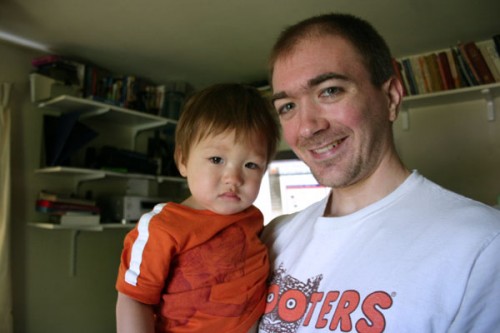 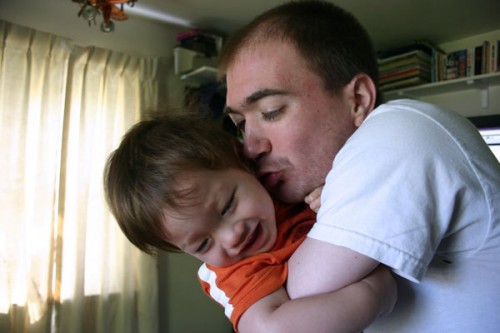 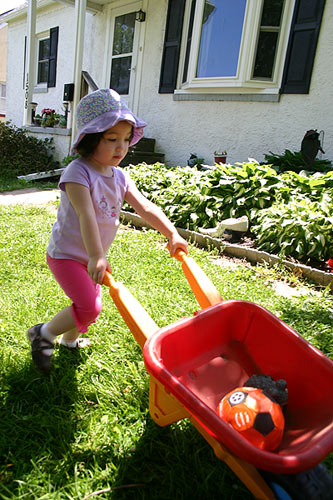 After a lot of playing, some cold popsicles 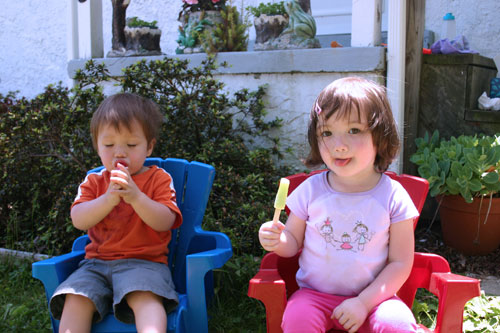 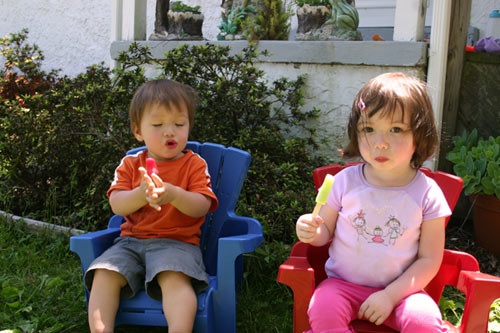 The house is coming along, though it’s nowhere near being habitable.

It took me several days of stop-and-go painting (ugggh wood paneling), but it’s finally done (though I’ll need to touch things up after…Sean’s already peeled some paint off): 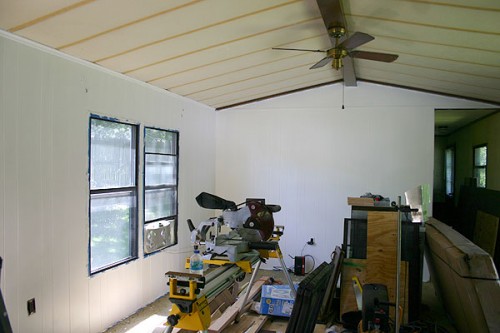 Here is the dishwasher, with the custom-made holding cabinet that the guys made: 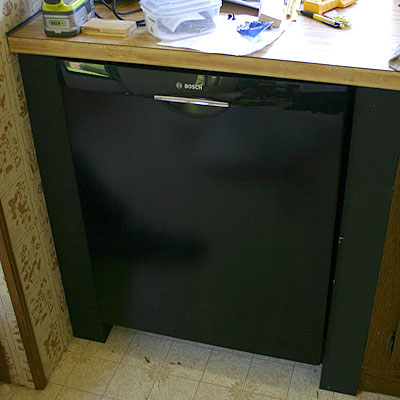 And our weird kitchen sink and faucet combo. We bought the faucet first, and then had to go with a white sink because it was the only color available in the dimensions we needed: 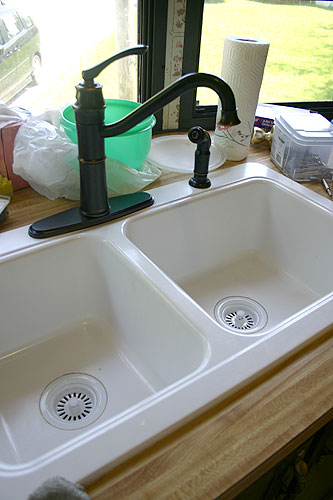 The front of the house (don’t mind the pile of dirt right there!), where we planted new hydrangeas, our 2 blueberry plants, and moved the azaleas that were there. We put a border around the plants and mulched it: