I’m not feeling too well at the moment, but I think Sean really wants something posted. He drafted a post last week about finances but I’ll just summarize it here:

Sean has a large amount owed due to student loans, so no banks/mortgage companies wanted to loan to us. We couldn’t even get a $40k loan for a new mobile home, but some of it may be that I am a freelancer and don’t have a set income. We were really hoping to get into a mobile home park called Appleville—it’s right next to an orchard and the park itself is of a higher quality than most people would think. Unfortunately, the only way we’d get in there is by buying a new mobile home (we were denied by everyone) or by buying a used home that’s already in the park (all of them were made in the 1970s and were overpriced).

Sean had saved a lot of money, took out some money from his retirement accounts, received a bonus from work, and also got help from his family…totaling $18.5K+. We found a used 1985 home in a small park, and bought it for $15.5K. Sean hopes to continue investing into the house (eventually replacing all the windows, installing central air, etc.) so he can sell it at a similar price in 5 years. All of our money is going towards this house right now, and making it into a place where our family can thrive.

While Don and Doug (Sean’s dad) worked on trim, Sean and I put up new window treatments. 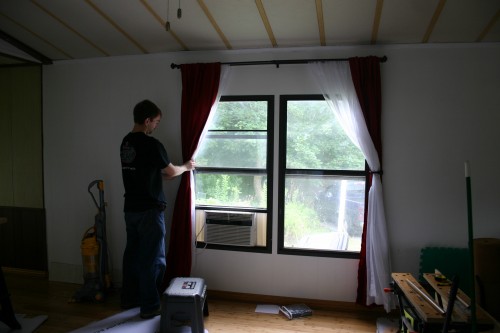 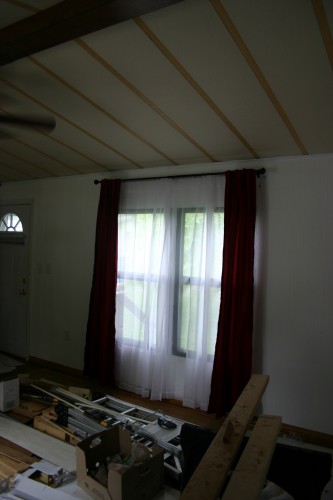 Curtains next to our front door 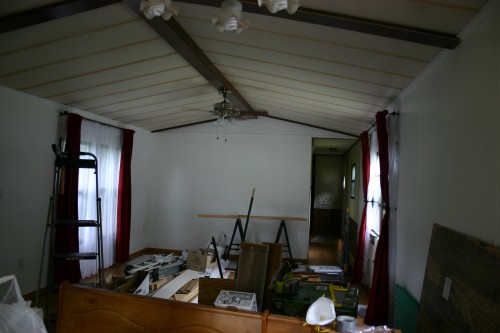 View of the room with curtains on both sides 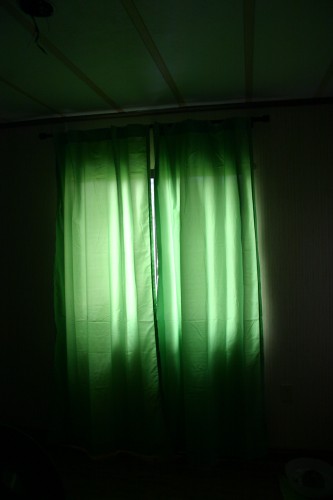 I'm going with a green theme in the kids' room, thus the green curtains.

Somehow, Damien seems to have gained weight because he feels so heavy when I lift him out of his high chair. He’s been refusing lunch at daycare, preferring to eat crackers and baby food, but he is a bit ravenous when it comes to snacks. I do worry about him getting no protein and too many carbs.

Liliana seems to be growing bit by bit. It doesn’t seem like she eats or drinks all that much (we’re now getting flavored Pediasure from our medical supply company, covered by insurance), but she did just outgrow one of her skirts. She’s also becoming much smarter…she can count in the teens (thirteen, fourteen, etc.) and can recognize all the letters of the alphabet (though I don’t know if she’s still having trouble with W’s). 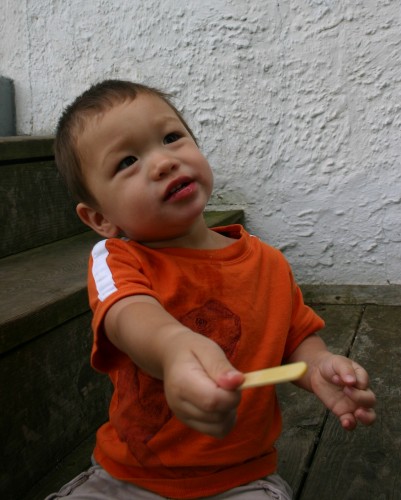 Damien giving me the popsicle stick when he's done 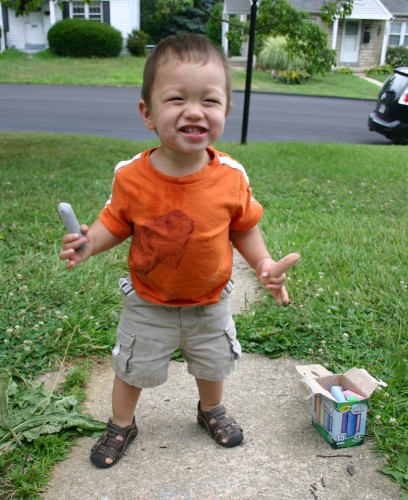 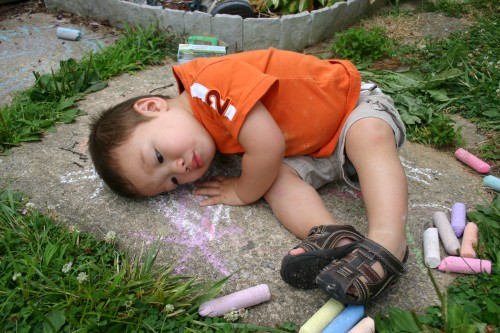 Damien still doesn't know which places are inappropriate for laying down... 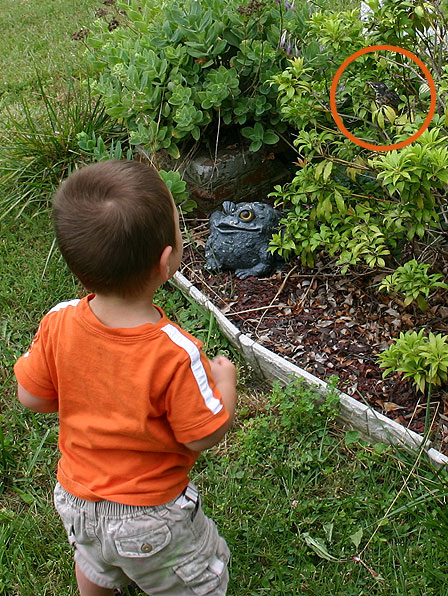 We saw a robin that was learning to fly. It was just sitting in this bush, surprised us, and then flew into the neighbor's window, bounced onto the ground, and then its parents were trying to guide it home. 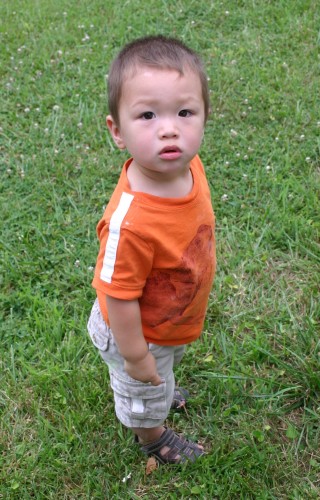 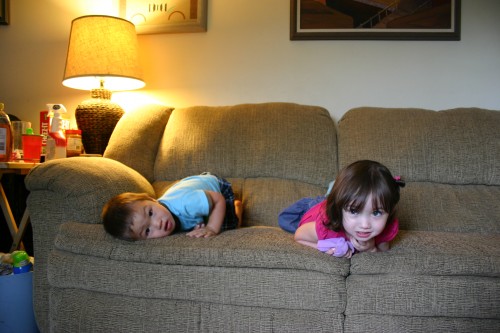 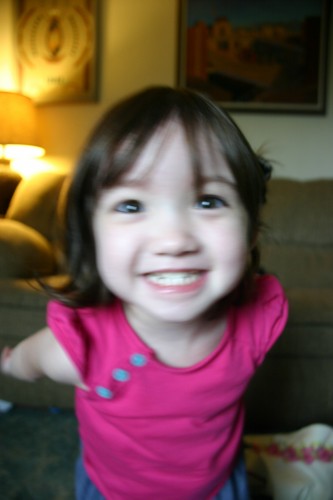 It was overcast outside so I didn't get much natural light...thus the blurriness. 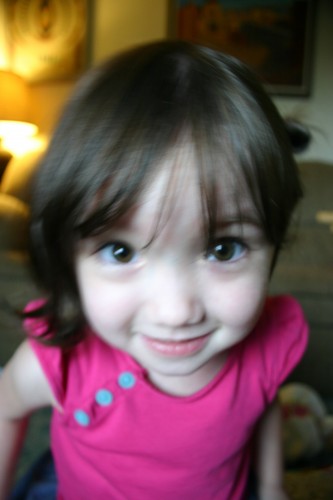 Also, Liliana eventually got the other side of her hair up so it wasn't just one side up. 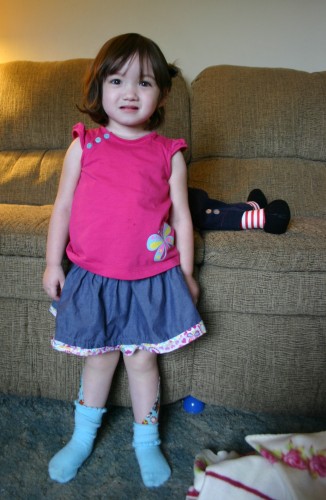 Okay, I need to lay down. Sean said I looked pale earlier, and I just haven’t felt well for the past 3 hours so I’m taking a break. I’ll try to post next week!